Best WoW TBC Hunter Pets and How to Get Them

WOW TBC Hunter Guide – What’s the best pet to have as a hunter?

The Burning Crusade brings a great time to be a Hunter player as you can now access more pet families. The pets have been reworked, hunters are self-sustainable (while solo farming, remember?), and deal a lot of damage. It’s a pleasure to play! Hunters have always (and will be) been a strong class in WoW. They’re always viable and welcomed into the raid.

Pets are an inherent part of hunter gameplay. They come with unique features and different abilities to tackle different situations, such as Ravagers for PvE and Scorpids in PvP. However, the fundamentals of pets remain the same, you need to keep your pet’s happy by feeding well, train and also taming certain pets for maximum ranks of specific pet abilities.

So, how does each one of them affect your gameplay? Let’s find out what is the best hunter pet TBC!

What are the Significant TBC changes?

At level 10, you’re able to tame a pet of your choice. Each time when you want to get a new pet, or you’re unfamiliar with a mob, use an ability, Beast Lore. It provides you with full information about the pet you’re about to tame.

You’re gonna spend a lot of time with this type of pet while leveling. Make sure it’s a great companion! Pets start at their own mob level (if you tame level 10, you’ll get a level 10 pet), then they level up with the Hunter until they get to the character’s level and stop gaining experience. They’ll always be a bit behind you though.

Don’t forget to train your pets. They can only get special abilities from a pet trainer.

Best Warcraft pets and where to find them

There are quite a number of pets in World of Warcraft with many pet groups and species. Each type of pet can be divided into these categories:

Don’t keep your pets hungry. If you feed them, they deal 125% more damage. Let’s check out some of the pets to level with.

Boars are a wonderful Defense pet. They have several active and passive abilities such as Gore, as well as both Dash and Charge. The pet will quickly engage in combat and keep the aggro: best of both worlds. They’re scattered across the world of Azeroth and Outlands. For example Durotar, Hellfire Peninsula, Teldrassil, Westfall, Mulgore.

Bats are Offense pets that are more Horde-inclined since they’re easier to find for this faction. They have speed abilities that help them engage combat faster, like Dive; they also have aoe generating ability: Screech (like Owls). Found in Tirisfal Glades, Eastern Plaguelands, various Dungeons, and Raids.

Owls are more Alliance-friendly Offense pets. Screech is the main aoe threat generator, which is lacking in most pets, thus making Owls outstanding. They also possess Dive, which makes them engage in combat faster. Can be found in Teldrassil, Nagrand.

Damage is essential when it comes to raiding. The main focus of a DPS class is dealing maximum damage to beat the top place in the damage meter.

In World of Warcraft TBC, four pet families are popular in PvE:

Due to their high damage modifier of 1.10, Ravagers are considered the Best in Slot WoW Classic TBC hunter pets. They can learn both Gore and Bite, which are the best damage-dealing abilities. With a talent Go for the Throat, you can spam Gore and get maximum DPS output.

Considering Gore has a chance of doing double damage at once, it’s an easy choice for PvE. You can find them in Hellfire Peninsula. If you’re an Alliance player you can get them straight from Azuremyst Isle.

Cats (and Raptors) are an alternative to Ravagers for those who don’t care about min-maxing every aspect of their gameplay. They belong to the Offense pet category. If you care only about the pet itself, these options are great. These pet families come with Claw and Bite, which are fairly good too. Cats and Raptors can be found in Stranglethorn Vale and Durotar.

Some people might argue that Wind Serpents are the best choice for PvE, yet there are a few things to consider. At around 30% of Critical Strike, you would opt for a Wind Serpent, because the focus capped Go for the Throat. However, there are a few drawbacks to know about:

The third family of pets you should have! Ravagers deal more damage, yet Scorpids have an advantage when it comes to PvP with their Scorpid Poison ability. This effect is stacked 5 times and prevents Viper Sting from dispelling off the enemy healer.

Although the Cat’s enhanced stealth is useful, we believe it’s difficult to look past Scorpid Poison ability to accumulate poison damage. Scorpids are only available in one model in WoW, however, they come in a variety of colors to choose from.

Conclusion: The Best Pets to Tame

In WoW Classic TBC best hunter pet stables are reserved for three pets, so you will have to rotate between various pets. You will have to adjust to raid mechanics.

For example, you will need two Ravagers with different damage builds that are going to be specifically suited for a certain boss. Usually, it’s two Ravagers and one Scorpid in the active pet rotation.

So here is the conclusion:

No matter what type of pet you will choose, we hope you’ll have fun playing the World of Warcraft Burning Crusade Classic! 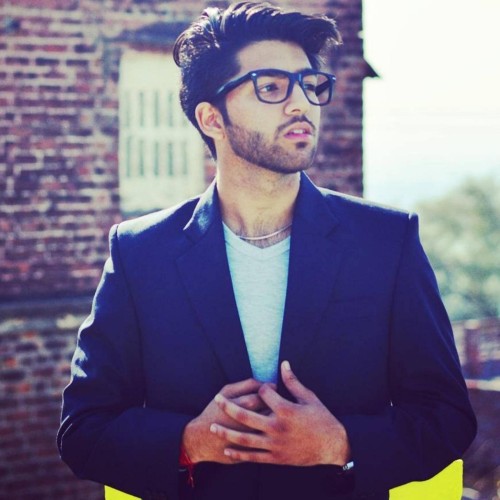 Anchit Sharmahttps://getandroidstuff.com/
A UX/UI Developer who is obsessed with mobile technology and everything related. At getandroidstuff Anchit covers best apps and games for anything you could do with mobile devices.

Best Apps to Stream Videos From PC to Android