Best Apps to Stream Videos From PC to Android

Having an Android device is incredibly convenient for many reasons such as watching videos as you want. Videos, especially full-length movies, will take up a lot of room and in many cases, you simply don’t have enough space for them even on a large SD card. Being able to watch videos from your computer to phone or tablet would be very versatile. The solution is using an app that allows you to play videos from your PC straight to your Android device without the need to transfer the videos onto your Android device.

Check out the top 10 stream video from pc to android

In addition to standard features such as the ability to stream video from PC to Android phone or tablet, Plex will also convert your files instantly as you stream them so you don’t have to wait. It is also a great way to share your media files with family and friends. As an added feature you can use Plex Pass to sync media to your device so you can view it offline, meaning you don’t have to worry about whether or not you will have internet access. It also works with all of the most popular cloud networks so it is fully compatible.

BubbleUPnP is also a similar app, but it will also work with Chromecast, specific HiFi gear (like Onkyo, Sonos, and Pioneer), DLNA/UPnP renderers (including Android devices, Windows Media Player, and XBMC), gaming consoles, and DLNA TVs. It allows you to easily access your media while on the go. Files from both local network and cloud services work flawlessly.

The 2Player will let you view videos from your PC to your Android device within the local network. But it actually does much more than this. You can play music from or to computers, your Xbox 360, and other devices. You can even play videos from UPNP-AV and DLNA network media servers and remotely control these devices as well as your Android device. You easily sync via Wi-Fi and can even download music and videos directly to your phone from your compute via the app.

What sets Emit apart from the other apps for streaming videos from your PC to Android is that in addition to working with Windows PCs, it also works with Macs and Linux so anyone can use it. It allows you to play music, photos, videos, and more using the Wi-Fi or your 3G network. It will even download videos so you can view them offline, helping you save on data.

AirScreen is the ultimate solution to stream videos across many devices. With its most advanced multiple wireless transmission protocols, it can receive videos from different servers. AirScreen works with AirPlay, Cast, Miracast and DLNA makes it compatible with Windows, MAC, and even with iOS devices. On top of that, it also supports multiple applications like iTunes / YouTube / Safari / Chrome means you have the ultimate resources of media.

The features are not only limited to stream media, but the user can also even share the screen and start a screen recording as well. In addition, the app also encrypted transmission when using personal files makes it more secure. Streaming high-resolution 4k videos are very smooth with Video hardware acceleration support. Users can also organize devices with different names for convenient sharing.

V-Direct is a very popular Video Streaming Player/Remote for Android that has been downloaded more than 10 million times. V-Direct also works as a remote control for vlc media player and media playback on the computer. Most of the file formats are supported and even work with subtitles.

It works in both ways so the user can stream videos from Pc to Android and As well Android to PC. All you need to install VLC as a server-client on the target device. Windows users may need to run a script for the initial setup. Head over to the developer’s blog for a detailed guide.

Localcast takes things further as it works across a whole bunch of devices from smart TV to Roku, Apple TV, Xbox, and basically any device that supports DLNA. Use a smartphone or tablet to browse and play media files from any computers or NAS with (DLNA/UPnP or Samba) server clients, or cast them to a smart TV or other devices for the big screen viewing. Furthermore, users can also view files from cloud storages like Google Drive, Dropbox or even from a webpage.

The app also has Opensubtitle.org integration that works with Chromecast and Apple TV. Another experimental option called “Route audio to phone” lets you transmit the sound to a wireless headphone while casting media to the big screen.

The advantage of using Tonido is not only playing videos but also being able to share documents, audio, and pictures as well. This is a completely free application to use. Similar to other apps you need to download and install the desktop client form the Install from the developer’s website.

Once you have the software on both devices, Tonido can access and browse files and documents instantly. You can even download files, edit them and reupload. There is no storage limit and you can access files remotely from wherever you are without uploading to a public domain. Almost all file formats supported for playback and user can save files for offline viewing.

Nero receiver makes it easy to use your phone or tablet as a media player for the files stored on a computer. Now you don’t have to worry about sharing your travel videos or pictures with friends sitting on a sofa in the living room. Or listen to your music collection in the garden.

Nero works with any UPnP / DLNA media servers. Moreover, you can get Nero Media home to add more features such as organizing photos with face recognition, sort them by places, and even play a slideshow.

The last app in the list is a simple DLNA compatible Media Server for your android to be able to share files with other devices. Sometimes, you may need things the other way around. For example, view contents from your phone to Smart TV, Play Station or Xbox 360, etc. So having a DLNA client installed on your device would make things easy. It also works with WiFi direct options.

We hope now you are able to access, view, and play files from PC to Android. Let us know which of the app you think is the best that works out well for you. Also, if you know other apps for streaming multimedia from your PC to phone then share them with others in the comments below. 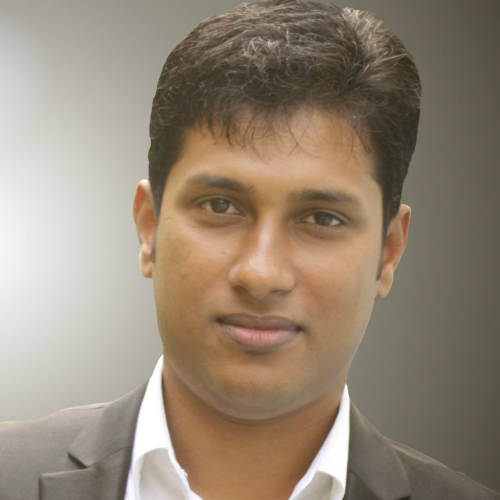 The Best NSFW Apps and Adult Apps for Android